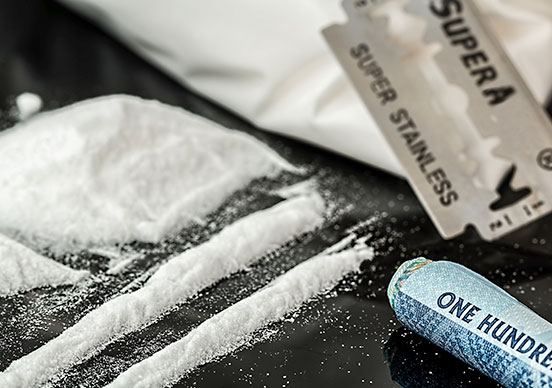 If you find our content useful, please consider donating.

The cocaine is extracted from the leaves of the plant called Erythroxylon Coca with organic solvents. Usually it is sold as a white, crystal-like powder. The form of cocaine that is smoked is called crack, freebase or boiled coca.

People chew the leaves of the plant because of their stimulating effect and relief of breathing problems, typical for life in extreme high places like the Andes (one of the places, where Erythroxylon Coca grows).

The Incas used the leaves only for religious purposes. After the Spanish conquered South America, their use spread further.

In the 19th century, the active ingredient of the leaves was discovered. Cocaine became popular as a stimulant and a local anesthetic.

In the end of 19th century, the negative feedback about cocaine’s effects began to increase. After the First World War, cocaine became illegal, and substances that could substitute it as а local anesthetic were synthesized.

“Coca” is the most popular name of cocaine.

The way of use of cocaine depends on its form and it can be taken through the nose, orally and intravenously.

The effects of cocaine when it is snorted last between 5 and 30 minutes. The duration of the effect depends of the way of use.

Cocaine is often cut with other substances prior to the sale. These substances may be either dangerous or harmless, but the user definitely does not get what he pays for.